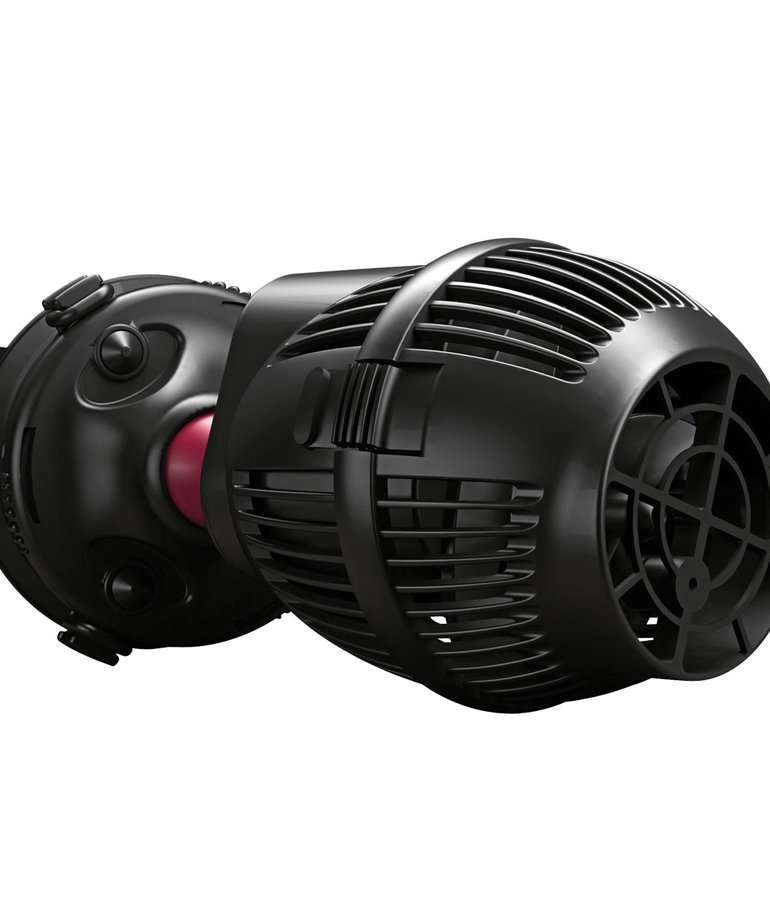 The Koralia Evolution is an improved Koralia with higher flow and lower power consumption than the traditional Koralia. Ideal for marine and reef tanks, these pumps simulate natural ocean currents within your aquarium system. The Evolution series pumps include several innovations including: a new and improved vibration absorbing magnet-suction cup mounting system for secure placement, a more compact design making them easier to conceal, and a new shaft-less impeller technology and unique impeller design allowing for a wide and gentle flow pattern. The Koralia Evolution pumps consume 50% less power, while providing 20% more water flow. They are also controllable, as they can be connected to a timer such as the Hydor Smartwave pump controller. The Koralia Evolution 1150 replaces the Koralia 1050. It produces 1150 gph at a mere 6 watts.