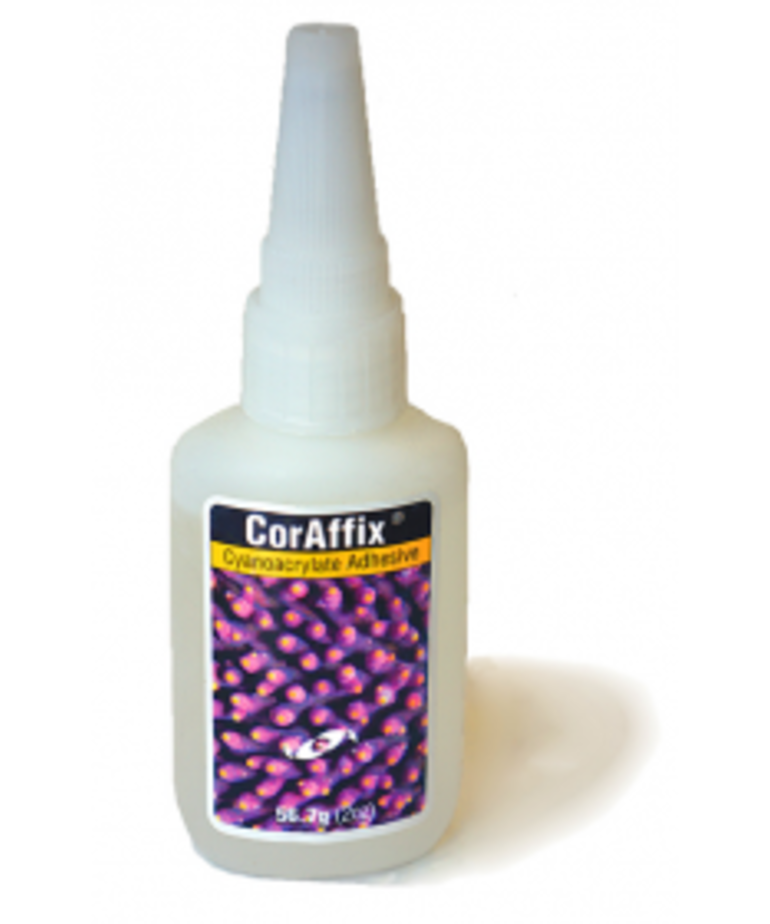 CorAffix is an ethyl cyanoacrylate bonding compound with viscosity similar to honey. Use it for attaching stony corals, gorgonians, and other sessile invertebrates in natural positions on the live rock in aquariums. Also for attaching coral “frags” in coral culturing. Use with AquaStik™ to attach larger coral heads. First put freshly mixed AquaStik on live rock. Push the coral base into the AquaStik and then remove the coral, leaving the impression of the coral base in the AquaStik left in place on the live rock. Allow the AquaStik to harden for 20 minutes. Next put CorAffix on the coral base and press it into the impression made in the AquaStik, forming a secure bond in 20 seconds.

Available in a 2 oz bottle with a convenient pin cap to prevent the tip from clogging. 56.7g (2oz)