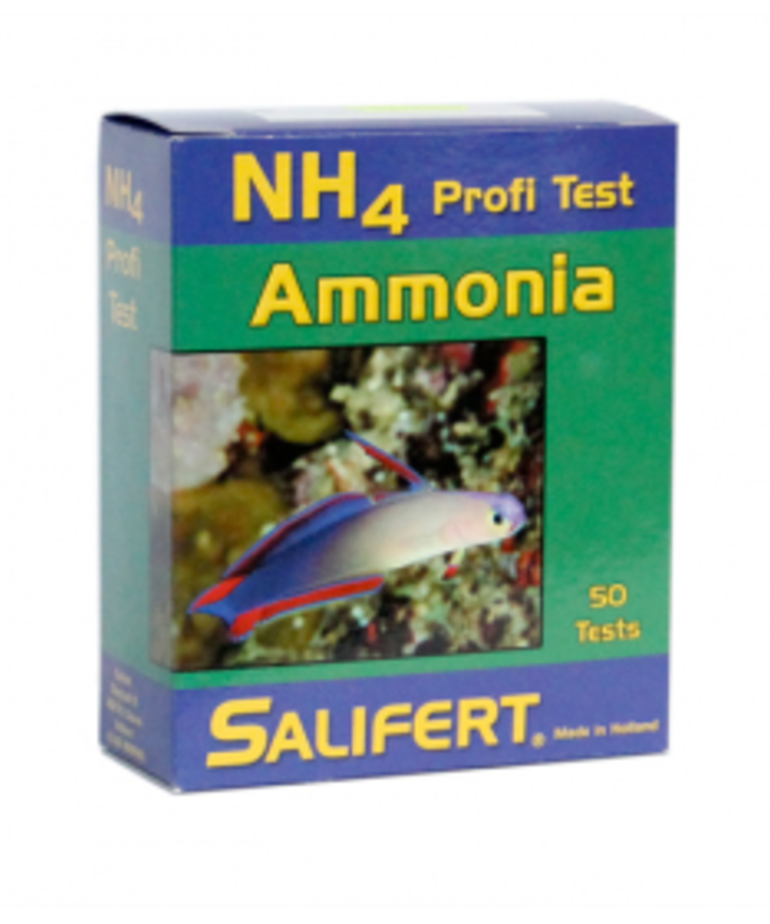 With the Salifert Profi Test NH4 you can determine the Ammonia content in freshwater oder seawater exactly and easily. Ammonia and ammonium are substances which should be converted rapidly into nitrite followed by nitrate and nitrogen gas. If this does not happen then the aquarium is not fully cycled or biological processes are not proceeding as they should. The Salifert Ammonia test is very straightforward and measures the sum of toxic ammonia and ammonium in just a few minutes. The Salifert Profi Test NH4 -Ammonia- can perform approx. 50 measurements in freshwater or marinewater and can detect 0.5 ppm of total ammonia easily.