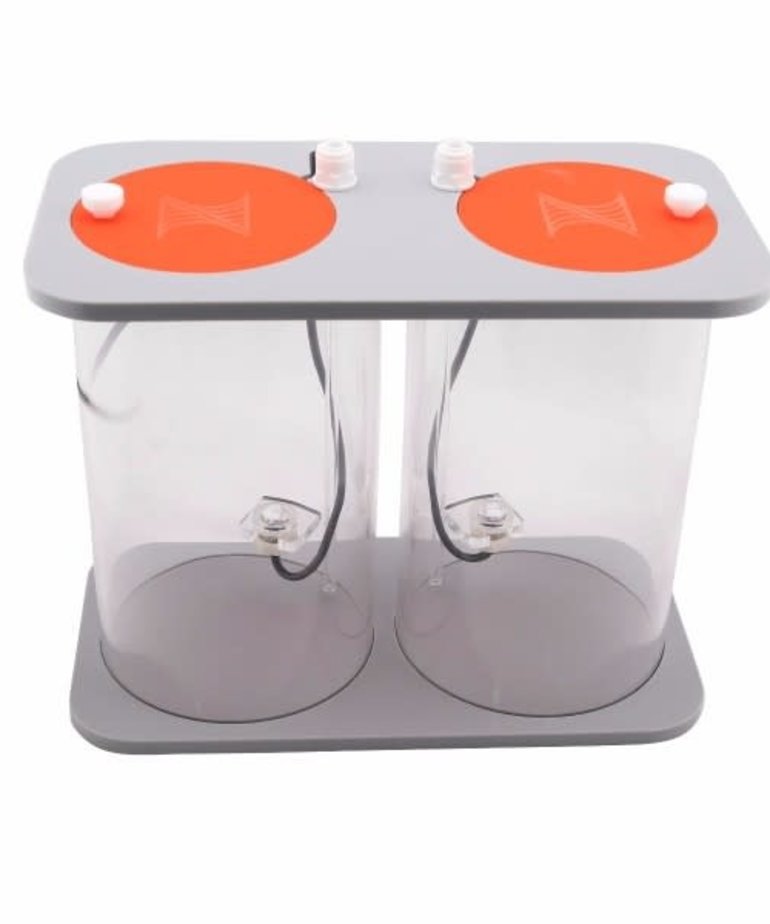 This attractive fluid containment system stores your dosing fluids in style and even tells you when it’s time to refill!

The DDR has great style and will stand out in anyones equipment room. But it’s not just about style. It may not look like it, but each side of the reservoir holds an ample two liters (2000 mL) of fluid. For most saltwater aquariums that are dosing Calcium and Alkalinity to their aquariums, this amount is more than enough to last at least two weeks. If you were dosing other additives it might last months before needing a refill.

Speaking of refills, the DDR has easy lift off lids that make refilling it super easy.

The DDR was also designed to have a low center of gravity. This means, unlike other reservoirs on the market, it is very difficult to inadvertently tip over and ruin your day.

Optical Sensors Alert You When It’s Time to Refill

The DDR is the only dosing container on the market that connects electrically to your DŌS and uses optical sensors that alert you when your fluid has approximately 20% remaining. This alert could be used to send you a text or an email, or even trigger other events on your Apex.  Also, when detecting water level, optical sensors are far less likely to fail than their float switch counterparts.

Connects Directly to your DŌS

One simple connection links the DDR to the DŌS. No worries about fooling around with loose wires, float switches, etc. Just plug it in and it will show up in your Apex Fusion Dashboard.